We use cookies on our website. You can now give your consent to the processing of your personal data also for the listed purposes. Read moreI agree 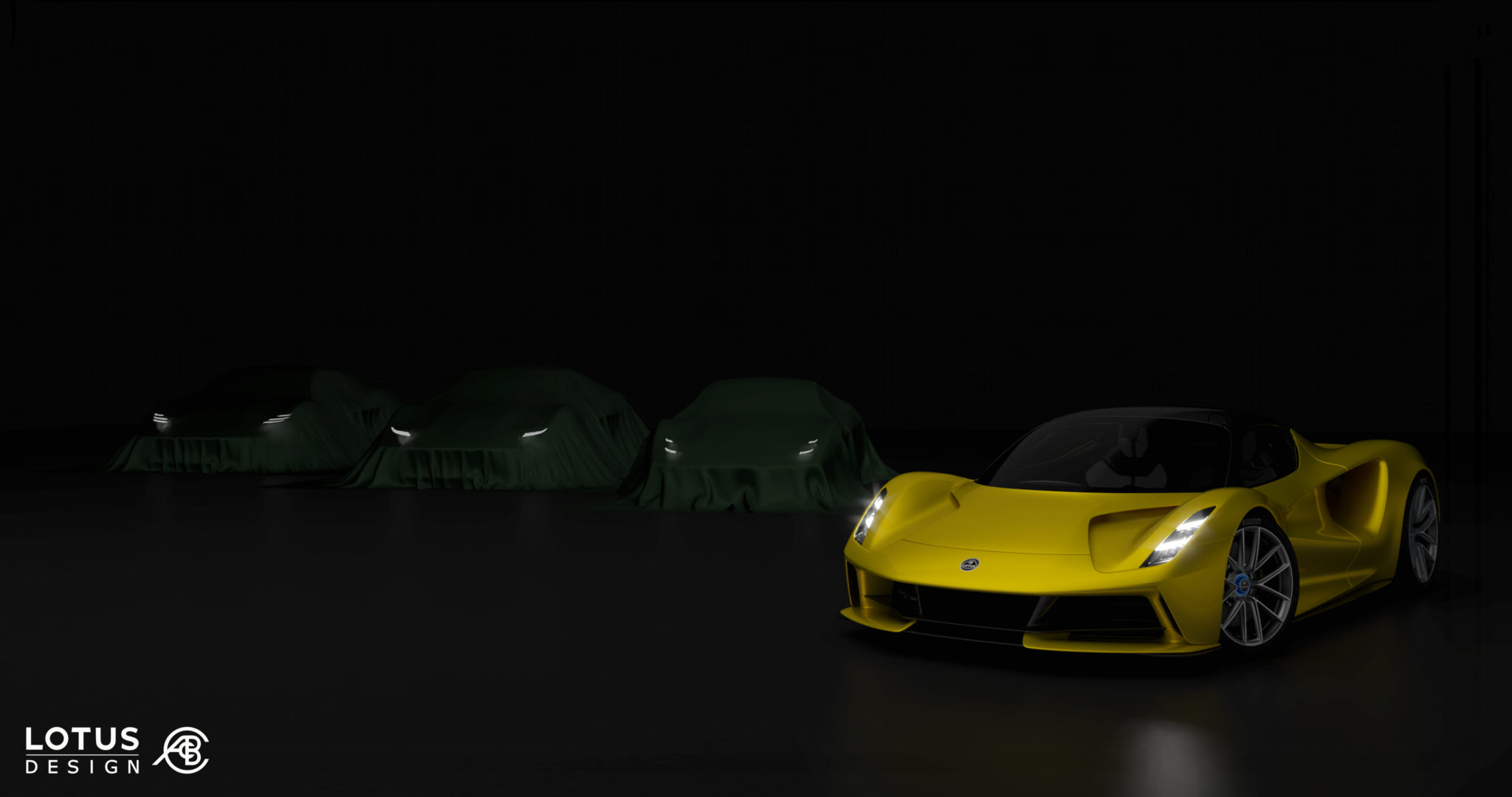 A new series of sports cars is confirmed, with prototype production of the Lotus Type 131 to commence this year from our world class manufacturing facility in Hethel, Norfolk.

The new manufacturing investment is part of Lotus’ Vision80 strategy, which will also see the relocation of two Lotus sub-assembly facilities into one efficient central operation in Norwich city to support higher volumes.

To accompany the £100-million-plus investment into Hethel’s facilities, Lotus will be recruiting some 250 new employees. This is in addition to the 670 to have joined Lotus since September 2017, when shareholders Geely and Etika took ownership of the company.

New recruits are required for roles in engineering and manufacturing for both Lotus Car and the world-renowned engineering consultancy, Lotus Engineering – which opens its Advanced Technology Centre in Warwick later this year.

To acknowledge the forthcoming family of performance cars, we’re releasing an image that gives you a glimpse of the new generation of products that will follow Elise, Exige and Evora, which have entered their final year of production in 2021. A full programme of activities is planned to celebrate the current range of three sports cars, starting with the elder, the iconic Lotus Elise.

The Lotus Elise was unveiled in 1995, revolutionising the low volume sports car industry with its pioneering use of extruded and bonded aluminium, high-tech composites and lightweight knowhow.

Using the technology pioneered in the Elise, the Exige, launched in 2000, quickly became the epitome of the ‘race car for the road’. The Exige demonstrated a rare ability to give the driver an involving yet accessible experience on the road, while still managing to lap the most demanding tracks of the world quickly, with the safety and progressiveness expected of a Lotus.

The Evora, unveiled in 2008, returned Lotus to the lucrative super-sports car sector as an award-winning and versatile road car that was more driver-focused than its peers. In motorsport, the Evora was successful too, winning national GT championships around the world and gaining a podium at Le Mans.

Future Lotus cars are taking this learning and further developing it to ensure the preservation of that all-important DNA, with the overriding criteria of being ‘For The Drivers’.

Phil Popham, CEO, Lotus Cars, said: “This year will be hugely significant for Lotus with new facilities coming on stream, a new sports car entering production and new levels of efficiency and quality that only a new car design and factory can deliver. Despite the continuing global challenges, Lotus has emerged from 2020 strong and on track in the delivery of our Vision80 business plan.”

He added: “As our Vision80 strategy illustrates, Lotus is all about looking forward, and our future is full of continuous innovation. In 2021 however, we will be reflecting on the legacy of our current range, starting with the Elise, a sports car that genuinely revolutionised the automotive industry, not only because it is a legend-in-its-own-lifetime but also for its impact on car design and technology.”

Matt Windle, Lotus’ Executive Director, Engineering, said: “Our renowned team of engineers, designers and technicians who are working on the new cars are acutely aware of the legacy from the Elise, Exige and Evora. Indeed, many were around when Elise was being developed. Members of our team, old and new, are now busy blending the learnings of the past with the innovations of today and tomorrow, to ensure our future cars truly move the game on but remain firmly committed to Lotus values.”

The Elise, Exige and Evora have contributed greatly to the Lotus business over the years, and by the time the last of these models leaves the assembly line, they will have sold a combined circa 55,000 units.

Lotus has created multiple automotive legends over the last 73 years, and with the Evija hypercar and new Type 131 sports car, a new dawn of innovation and legend-making is breaking over Hethel.